For the vintages between 1994 and 2000, Tokaj Classic Winery was crowned with six gold medals at the IWSC England for its Aszú 6 puttonyos..

Johann Lafer’s “le val Dór and Dieter Müller’s “Schloßhotel” in Bergisch-Gladbach as well as many other top restaurants carry our wines on their menus. The most renowned “Auberge d´Ill” in the Alsace as well as Harrod’s of London are among our most famous customers.

» The magazine Wine Spectator (USA) rates 14 of our wines: …The highest score is 96 points!

» Ratings by “The Wine Advocat”.

» Article in the German newspaper “Die Welt” on the 1.Sept.2001, (“Lost Treasures of Dramatic Dimensions”)

“This is a wine of truly epic proportions…” 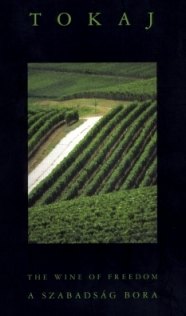 All prices are in Euros for the European market. For any other prices, please contact us directly.